Ego Identity and the Mechanical Universe 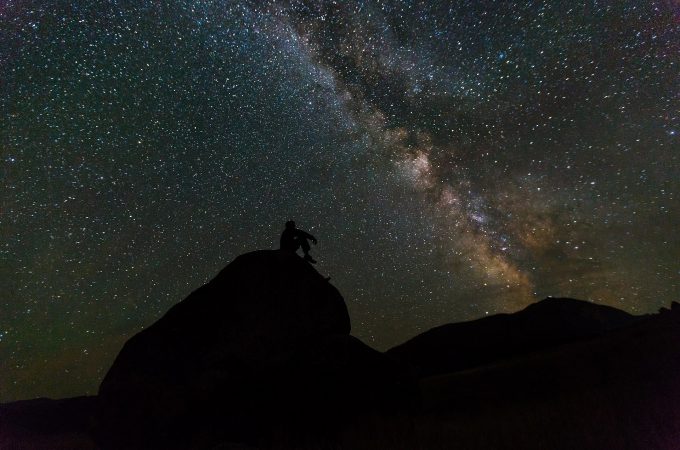 This essay was written December 24, 2003 by the late Mitchell Jones (of The Dogs of Capitalism fame). It was originally posted to my old Yahoo group debatepolitics which has not been active for years now, but is still worth poking through if the subject interests you. (The original post is available here.) I am republishing it on The Generalist with the permission of Mitchell’s widow. Of course, as this was a post to a debate forum, Mitchell ends it with a prompt. Feel free to discuss or just to think on it, but keep in mind that, at the moment and as far as we know, Mitchell is a potentiality, so he will not respond.

Ego Identity and the Mechanical Universe

When salt, silica sand, and rust in the respective proportions of 15, 3, and 2 are mixed together and a spark is applied, the mixture does not explode. However, when saltpeter, charcoal, and sulfur are mixed together in the same proportions and a spark is applied, an explosion occurs. Why is it, at the most fundamental, philosophical level, that the latter mixture explodes and the former one does not?

The answer: the latter mixture has the characteristics necessary to produce an explosion, and the former one does not.

When, on the day of your birth, a newborn calf opened its eyes, you did not see. However, when the child born of your mother opened its eyes on that day, you did see. Why is it, at the most fundamental, philosophical level, that you saw through the latter eyes and not through the former?

The answer: that particular human baby had the characteristics necessary to be you, while the calf did not.

In short, a recipe existed prior to your birth which defined the characteristics that were necessary to produce you, in exactly the same sense that a recipe existed which defined how to produce gunpowder. In both cases, the recipe existed prior to and independent of whether any particular aggregation of atoms with those characteristics existed. Gunpowder existed as a non-material potentiality–as something the material universe could produce–even during those times when no actual gunpowder existed anywhere. And, by the same token, you existed as a non-material potentiality–as something the universe could produce–even during those times prior to your birth when you had no physical presence in the world.

The implication is that after you die, you will exist in exactly the same sense as you existed before you were born: your status will be that of a thing that could be, but, for the moment, is not.

And, since you know you have crossed the line from existence as a potentiality to existence as an actuality before, you have every reason to expect that eventually, after you die, you will cross that line again, and that you will live again.

Not Yours To Give   Why States Don’t Have Rights