The Perils of Guru Worship 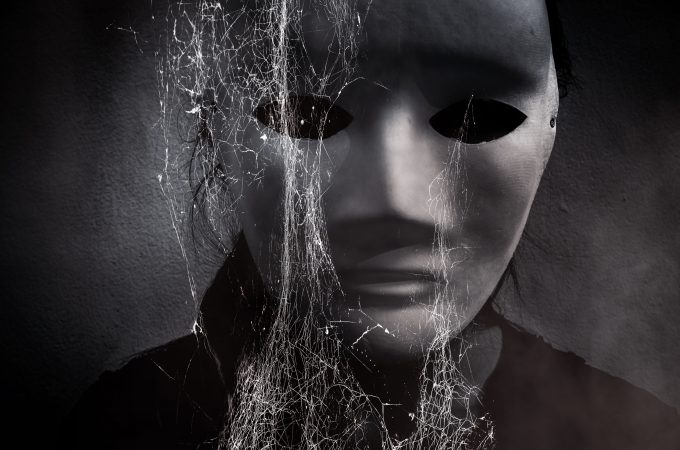 I recently found this article in my archives from 2013, but it’s still pretty relevant so I’m publishing it (finally!) Might work for Halloween, too, because when you don’t do your own thinking you start to look like the above pic and you get spider webs in your brain. :-)

Perhaps first we should define guru. Often the word guru is used to express a negative connotation. But I don’t actually see it that way. A guru, to my mind, is a teacher. Not just any teacher, though, but one that you particularly look up to. In other words, a person who is leading you on a developmental journey. The development of knowledge proceeds in stages and at each stage you may come to find one particular teacher better than all the rest. That teacher is a guru. If you are someone who is actively pursuing knowledge, then throughout your life you will have many gurus. Think of them kind of as stepping stones on a lifetime journey.

Guru worshipping, however, is the practice of elevating the guru such that you begin to focus on the person and you lose sight of the ideas.

All of us go through a stage of guru worship growing up. As children, we look to others to teach us. When we grow up, that often doesn’t change. Nor should it. Other people who are on different paths in life have different views and perspectives that can absolutely teach us something. They can clarify things we don’t understand, keep us honest in our use of language, and expose us to ideas that we might never discover on our own within our limited lifetimes.

And here is where many people go wrong.

I disagree firmly on some point with nearly all of the people I consider to be the greatest libertarian thinkers that ever lived. Sometimes a lot of points. Ludwig von Mises, who’s great work Human Action taught me not only how to think about economics, but also inspired my understanding of the relationship of science to philosophy, thought that morals were purely subjective – i.e., a matter of opinion. He was wrong, in my view. They are not a matter of opinion, they are simply bound to a context. He also thought that there was nothing natural about Natural Rights, but in my view they are as natural as physics. Ayn Rand, who taught me the proper way to think about ethics, to my mind had a blind spot when it came to metaphysics. She thought that “existence exists” was a logical first premise. It’s not. There are axioms that precede it. Murray Rothbard, who taught me all about how banking works thought that government could be “voluntary” and put forth the notion of anarcho-capitalism, which to my mind is an oxymoron that puts the cart before the horse. George Orwell, who’s great work Nineteen Eighty-Four was more prescient than even I imagined when I first read it, apparently still maintained a firm belief in socialism even after having written it. Oh, I could go on. My disagreements with Rand alone could fill volumes.

Is it bothersome that each of those otherwise heroic people, as far as I can see, had such glaring blind spots? In some ways it is. But for the most part, no. That’s because I recognize that each of them was human and no more perfect that I am myself, and because I am grateful they existed and educated me as well as they did. Because of them I learned more profound truths than I could ever have discovered on my own in a single lifetime. Even their mistakes were pivotal for me in my development.

Most people would agree. Nobody’s perfect. But despite their conscious agreement on this point, many people, in the dark reaches of their souls, still expect it. Here’s where I thank God for my querulous nature because it is probably what saved me from ever truly falling prey to this idea, although to some extent I understand it, because guru worshipping comes with real perils.

Oh, there are the more obvious ones like falling prey to evil cult leaders, or becoming too focused on arbitrary or illogical fundamentalist religious viewpoints but there are more subtle manifestations, too. After all, guru worshipping is a kind of love affair. It isn’t rational.

Guru worship is bad for the guru. Right off the bat, by worshipping you are hurting the guru by putting the focus on his personality – which can never be anything but imperfect – and not his ideas – which might be perfectly correct. You are essentially cheapening his contributions to human knowledge because a bevy of worshippers leaves the guru open to attack by establishment “skeptics” who can now disregard anything the guru might argue by labeling him a cult leader.

Guru worship is bad for the worshipper. Of course, if you are the type that follows personalities instead of considering ideas, you are likely to fall prey to a whole host of logical errors. Those that immediately come to mind are the Appeal to Authority and tu quoque. Appeal to Authority is what people do when they imagine that a person is necessarily smarter than them or anyone they could possibly know personally and therefore they do not bother to think on a subject themselves but simply offer up the opinion of the so-called authority. I recently came across an example of this in a dialogue about the views of  George Orwell. When someone pointed out an error in the views attributed to Orwell, another commenter replied sarcastically “Clearly you’re far wiser than Orwell” – as if such a thing were inherently impossible.

Tu quoque (Latin for you too) is one of a host of fallacies known as ad homimem (Latin for to or at the man).  The guru worshipper is particularly at risk with regard to all of the ad hominem fallacies because they are specifically in relation to the arguer personally. Tu quoque, though, is committed mainly by “reformed” worshippers. It is the idea that if someone is a hypocrite then none of his ideas are worthy of consideration in the first place. It is sometimes known as the Appeal to Hypocrisy.

And that brings us to the emotional downside of guru worship. If you are at all perceptive, you are, at some point, guaranteed to be disappointed by your guru. You will eventually discover some point where they are inconsistent, confused, unclear, hypocritical, conceited, egotistical, or just plain wrong. If you are a guru worshipper your disappointment can lead to a type of righteous anger. Your guru has betrayed you. You trusted him. Now, your anger and disappointment lead to a rejection of ALL of the guru’s work.

Guru worship is bad for the neophyte. Reformed worshippers and establishment labelers will do their best to discourage others from reading or interpreting the guru’s work.*

Guru worship is bad for everybody. But the worst peril of guru worship is this: it prevents you from continuing your own work. If you never disagree with the guru then you are not doing your own thinking and you will become “stuck” at his or her level of understanding. You are supposed to contribute your own ideas to the body of human knowledge, not just endlessly repeat the guru’s points. At some point you should outgrow the guru – this is especially true if said guru is no longer alive but is often true with living gurus, too. The guru does part of the work for you. He condenses the time it would take for you to discover the truths yourself. Once you have discovered them, it’s time to move forward. If you are obsessed with personalities over ideas, you will be unable to see the truth or add your own views to it.

How not to be one

If you find something in a guru’s work that you disagree with then argue against the point, not the person, not their entire body of work, and not other people who guru worship them. None of them are relevant to the point that you are disagreeing with.

*Ayn Rand, who is definitely one of my heroes, is notorious for doing this, by the way. If she had her way you’d never actually know what any other philosopher besides her ever actually said. And you’d never know how wrong she was about them.

The War Against Independent Contractors   Looking Out for Yourself