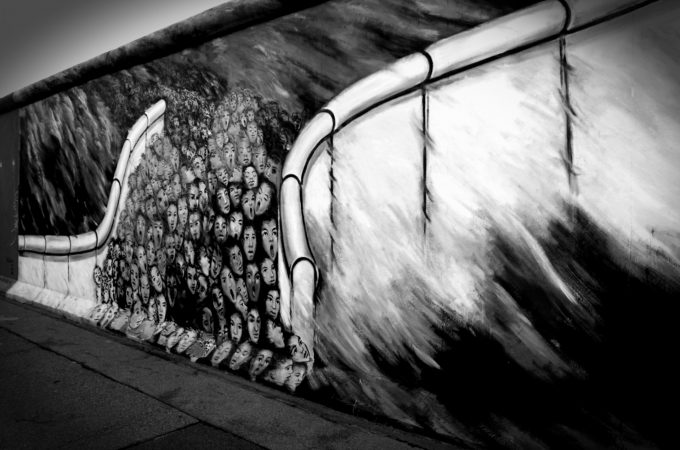 Those who cannot remember the past are condemned to repeat it. ~George Santayana

I must admit I’m having a difficult time suffering fools lately. People think these differences in politics amount to a difference of opinion. “Let’s agree to disagree,” they say. But it’s much more like someone saying 2+2=5 and when I correct them, angrily telling me that I’m unethical because I politely told them the truth. How dare I point out their delusion?

Those of you socialists out there who think you are so “ethical” I have news for you. 2+2 will always be 4 – no matter what your emotions would prefer. “Socialism works!” they tell me, “all the economists say so!” and “Who are YOU to disagree?” Basically, “who are YOU to say 2+2=4?”

A thinking human being. That’s who.

See if you can calm down and respond with reason to the following. Really, just see if you can.

Can we agree that a thief is someone who deprives another person by force of his or her property? So that person might for example, hold a gun to your head while you’re visiting the ATM and demand you hand over your money? Let’s suppose for a moment that someone really wants to take your money but he’s a bit too timid to do it himself. Instead he hires a professional to do it for him. Is that cowardly person any less a thief? No. And even in the eyes of the current legislation, he would be arrested and charged with larceny.

All animals are equal, but some animals are more equal than others.  ~ George Orwell in Animal Farm

This is essentially what you socialists advocate. Thievery. But you are much too cowardly to do it yourself. So, you elect leaders who will do it for you. They will legitimize your thieving heart by writing it down as a “law” and then handing you a bunch of ready made quotes so you can justify it to yourself – even feel righteous about it! But if it’s so ethical to take by force what someone else has honestly earned, why don’t you start your own voluntary group of socialists? Anyone who doesn’t want to join your Utopia doesn’t have to. He does not have to give you his hard earned money. Let him suffer on the outside watching you enjoy your wonderful society.

It wouldn’t work, you say? Well, ha ha! You have just exposed yourself.

And in fact, to that poor deluded fool who told me that “socialism works” I have news for you. It has never worked. Everywhere it has been tried has ended up a prison. If “socialism works” then people ought to be clamoring for it. But instead socialist countries build walls. Not to keep the clamoring multitude out. No. To keep it’s withering population IN.

But you don’t need empirical examples of this. You can use just the reasoning in your head to see that this will always happen. It’s not just “bad leaders”. It has to happen, because the system depends upon theft and slavery.

I’m sick to death of fools. I’m sorry to all my friends out there who are unwilling or unable to understand what I’ve written here. You are the rabbits and zombies. I feel sorry for you. But I will no longer trouble you by trying to discuss this with you. Should you one day realize your mistake, come to me. And I will tell you what I have learned.

Books to read when you are ready.

Read first, reason, then emote if you must.

P.S. Just a little thievery is still thievery. And just a little slavery is still slavery. Try coming up with a system that doesn’t require violating some people’s rights for the benefit of others. Everyone is equal. Nobody’s rights ought be violated.