The War on Independence 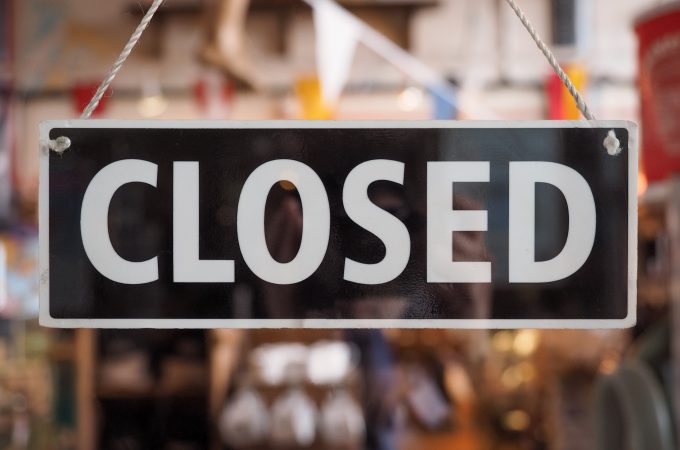 I already had an inkling about what was going on, even then. But, of course, I had no idea just how far and how fast it would go. And even now, nobody is really talking about it – or if they are, they are not directly saying it.

Back in September the assault on freelancers began when assembly bill 5 (AB5) was signed into law in California. Soon after similar bills popped up in New Jersey, New York, and Massachusetts. Then a federal version appeared. It was clear to me what the real goal was. You see, freelancers are a type of small business. There is no “tax withholding” for small business owners. They must calculate and pay their taxes with a check sent to the government. They don’t see their “tax checks” as a bonus they receive at the end of the year from a benevolent government helping them “save” . They also determine when, with who, how long, and under what terms they will work. They work for themselves. They are independent.

The assault is not on small business as such. It’s an assault on independence.

I saw the writing on the wall then. But, at the same time, I felt somewhat protected because even though I could qualify as a freelancer, I’m actually running a small business. I “pass” their rules.

Corona is Latin for crown. If you don’t get the irony, you’re not paying attention. The crown has come for your gold – i.e., your life. Are you asking yourself why all the large corporations are somehow “essential” but your small business, even when you perform the same services, is not? Because, and it should be obvious by now, the agenda was, and is, to destroy small business in America. Not just small business – but anyone who was remotely independent.

Coronaviruses exist. But the pandemic is fake. Got that? No? You still think 2+2=5? Then there is no hope for you. Go put on your mask and stop reading here.

If, however, you think maybe something is wrong, continue.

Once the invisible king had done the required damage another hoax was perpetrated on the American people. A black man was allegedly killed by a white police officer. I say allegedly because the only way I know any of this is through media and I don’t trust the media. In fact, I’m just going to come right out and say it: I am firmly of the opinion this event was entirely fabricated – a prime example of wagging the dog. It was meant to pave the way for a well-funded group to lead riots and cause the further destruction of small business – including black-owned businesses. Yes, you heard that right. This incredible irony is apparently lost on so many virtue signalers: that what was done in the name of “racial justice” for black people was instigated by a small group of mainly white people and many of the VICTIMS were BLACK – i.e., the complete opposite of what they keep telling you.

Don’t believe me? Check out some of the clips of people speaking for themselves.

It should be clear that the movement itself is meant to harm black people, not help them. It’s meant to destroy any upward movement, any control over their own lives, any constructive project they undertake, any thinking for themselves – any independence. Really, they are just tools in all this.

Still think I’m racist? See what these people have to say:

Now, I had thought about a tax revolt. You know, like the Boston tea party?After all, these people in congress do NOT represent us. They are hurting independent people. I think that’s quite clear. But, there will never be a tax revolt. And here’s were your republican friends join in to help with the destruction. Oh, you thought it was only the democrats in on this, didn’t you? Nope. You see, you won’t actually pay your own taxes anymore. You will work for a corporation and your “taxes” will be withheld from your check. You’ll be happy to receive your “bonus” at the end of the year. Many of you already work in this way. Many of the poorest people await their “tax check” apparently somehow never realizing it was their money to begin with. No, it’s worse than that. Your “taxes” will simply be paid with the loss of your money’s purchasing power. Remember this?

Oh, you thought that bill was meant to help you, didn’t you.

Except the government DOESN’T HAVE ANY MONEY to help you with.

All the government’s benevolence comes from you. And the positively massive amount in this bill – most of which goes to congressional salaries, pet projects, and large corporations, will come from you. It will be taken in the form of lost purchasing power from inflation. How many of you even know what that is or how it works? That’s right, they didn’t teach you about inflation in school. Here’s a primer:

Now, here’s another definition for you: When the appearance of private property is maintained, but is controlled by government – i.e., when profits are private, but losses are public – this is known as FASCISM.

Oh, you didn’t know that, did you? You thought capitalism and fascism meant the same thing, right? Well, they don’t. We’ve been living under a fascist system for a long time, only now the powers-that-be are coming out in the open. They now want to consolidate that power. And they are doing it, with propaganda and psychological manipulation that is just startling in its elegance. I thought the “climate change” scenario was elegant – but this takes the cake.

Well, now it’s up to you, small business owner – i.e., INDEPENDENT PERSON – whether you are black, white, or purple, if do not start fighting for your INDEPENDENCE, there will be no point in celebrating INDEPENDENCE DAY this year. Call it Dependence Day. You’ve given up. Except it won’t ever be called that because everything these days is called precisely the opposite of its true meaning or intention. After all:

Why you should never argue the constitutionality of forced vaccination   What are rights?